Glaucoma is known to be the second-highest cause of blindness worldwide. Currently, an estimated 68 million people are affected around the world, of who almost 7 million are blind.

Glaucoma is not one specific eye disease, but rather a collection of conditions that causes your intraocular (internal) fluid to build pressure inside of your eyes, pushing against your optic nerves until it causes permanent vision loss.

However, there are ways to detect glaucoma and prevent further damage from being caused inside your eye, and this guide will help you understand which types of glaucoma affects patients and what is done to treat them.

As stated at the top, glaucoma is the pressure of intraocular fluids building up inside your eye. However, the type of glaucoma you have determines how fast your symptoms can develop and the severity of the damage caused.

Open-angle glaucoma happens slowly over time, and patients might not know they are experiencing symptoms until they have suffered permanent damage to their vision. The best way to find out and manage open-angle glaucoma is to make sure you are making annual eye exams with your optometrist.

Closed-angle glaucoma symptoms happen fast, and you can usually detect them. Symptoms can include blurry vision, severe eye pain, headaches, nausea, vomiting, or by seeing rings/halos around sources of light. Closed-angle glaucoma can cause permanent vision loss if not treated right away.

Treating glaucoma is nothing new to modern medicine; doctors have been treating the disease for almost 150 years. However, the processes used by doctors to treat glaucoma have greatly improved in the form of new medications and surgical advancements which have made treatment for glaucoma much more manageable.

Pilocarpine is a mainstay form of eyedrop medication that doctors have been prescribing since the beginning of glaucoma treatment and research. However, it has been found that it is not a cure-all for every patient and other medications like latanoprost, bimatoprost, and tafluprost have been developed to help the individual patient conditions.

Eye drop medications are one of the most common forms of treating glaucoma while also being the safest. The drops are to be used every day to relieve eye pressure by reducing the amount of fluid your eye produces. However, to be sure which type of medications are right for you, be sure to speak to your doctor.

There are two types of laser eye surgery used to help patients.

These surgeries are relatively quick, and some ophthalmologist offices offer the operations in-house.

These types of surgeries are some of the least common and depend on the severity of your condition.

Glaucoma Is Not The End For Your Eyesight

Doctors around the world have made significant advancements in glaucoma care and research to help make the most of your vision. The best way to combat the illness, however, is to make sure you see your eye care professionals, as they are the first line of defense in the struggle against glaucoma.

What to Expect During a Kids Eye Exam? How Should Glasses Really Fit? Do Contact Lenses Dry Your Eyes? Can an Optometrist Diagnose Glaucoma? Can You Use Eye Drops with Contacts? Does Macular Degeneration Run in Families? Glasses Through the Decades: Glasses Styles from the 50s, 60s, & 70s Do Contact Lenses Expire? Can Sun Glare Damage Your Eyes? How To See Better When Driving at Night 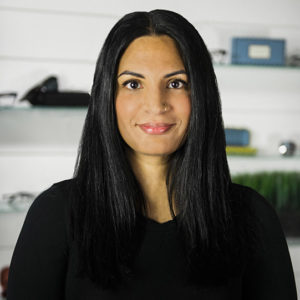 Dr. Navjot Aujla is a born and raised Albertan, growing up right here in Edmonton. After graduating with a Bachelor of Science degree from the University of Alberta, she attended the Pennsylvania College of Optometry at Salus University in Philadelphia. Internship terms across the United States led Dr. Aujla to practice pediatric optometry, work at a veteran’s hospital in Connecticut, and an ophthalmology practice in New Jersey. Since 2011, Dr. Aujla has been both a co-owner and in-house optometrist at Visionary Eye Centre. She loves spending time with her family and travelling to new destinations.

Leave a Review
Read All Reviews